In November last year, I represented HKCCA to attend the 2nd APCCAL conference and CCAM Expo which took place from 3 to 6 November 2009 in Kuala Lumpur, Malaysia. The APCCAL conference was the annual face-to-face meeting among the respective Association leaders while other discussions in the form of tele-conference were conducted on a bi-monthly basis throughout the year.

APCCAL is a not-financial cooperative between in-country contact centre associations with all members participating on a volunteer basis, for the development of the industry regionally. APCCAL counts industry associations from Malaysia, Australia, Singapore, Philippines, Korea, China, Taiwan, Indonesia, Thailand and Hong Kong amongst its members. 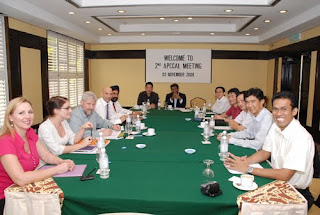 Currently, APCCAL presents Recognition Awards to outstanding contact centres nominated by individual Associations. Discussion was held on the creation of a Regional Awards program that includes an assessment progress. Some thoughts were collected:
It was decided to form a working group to prepare a discussion paper on the development and introduction of a regional awards program

It was confirmed that CCAM would be the Chair for 2010, As Chair, CCAM will put forward a business plan for APCCAL’s consideration by 31/12/09

Two submissions for hosting the 2010 APCCAL conference were submitted by CNCCA - to hold the conference in Shanghai after the 2010 Shanghai EXPO and ICCA – to host the event in Bali, Indonesia. Following deliberations, it was agreed to award the 2010 conference to ICCA. The decision was made based on the fact that CNCCA had just hosted the APCCAL conference 2008 in Beijing. HKCCA and CNCCA did suggested a third option to jointly host the 2010 APCCAL event where the conference, site visits would take place in Shenzhen/ Zhuhai and the Gala Dinner would be held in Hong Kong Disneyland. It was considered that some delegates would be difficult to get multiple entries into China. So the event will be held in Bali with further details to be provided by ICCA by 31/12/09

Given the need for an appropriate level of lead time, it was agreed that proposals to host the 2011 event be tabled at the first meeting in 2010

The CCAM Expo was officiated by the Human Resources Minister of Malaysia. The opening ceremony was followed by a press conference that the APCCAL leaders were invited to attend. An APCCAL booth was set up in the Expo together with over 50 other exhibition booths that APCCAL leaders were scheduled to man the booth and answer questions from the delegates and media. The Expo also included a series of workshops, forums, case studies and open round table discussions providing the participants an occasion to share knowledge and learn best practices for their own operations. It was well attended by over 500 delegates. 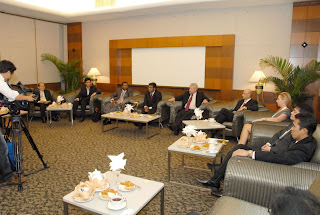 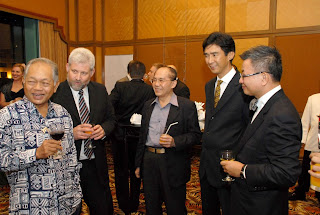 The highlight of the 2009 APCCAL conference was the Awards presentation and Gala Dinner. CCAM Awards and the APCCAL Awards were presented to winners from Malaysia and respective Associations’ winners in front of over 800 guests, delegates and government officials. 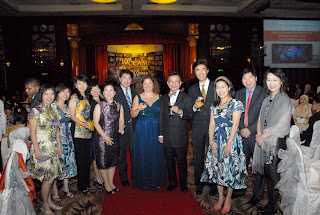 The three winners nominated by HKCCA were: 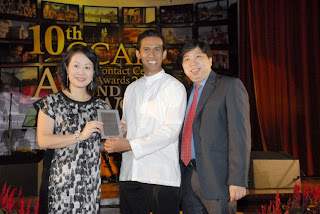 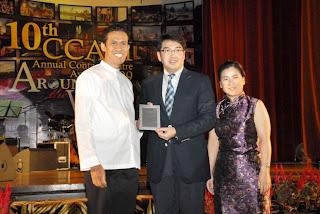 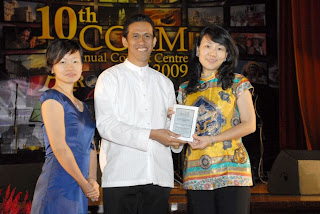 With the 2nd APCCAL Conference successfully organised by CCAM and well received by the APCCAL leaders, delegates and guests alike, we look forward to another successful APCCAL event that will take place in Bali, Indonesia in Oct 2010. While HKCCA will continue supporting the event through active participation and facilitation of members/award winner involvement, we are actively considering hosting the APCCAL 2011 conference in Hong Kong.
Posted by HKCCA at 12:32

thx for your sharing~~^^

I have a question. Actually im confused little bit and trying to find out Asian call centre. YOu know, there are many call centres in Asia, even worldwide. Because of this, i thought like there must be an association for them. So the HKCCA is the that one or is this just for HOng kong or China's call centres? I mean all Asian call centres belong to this (HKCCA)? If no, what kind of organization exists? Then how can i know member countries?
P.S I am from Mongolia and also wanna know that Mongolia is member country of this association or no?

Awesome, that’s exactly what I was scanning for! You just spared me alot of searching around